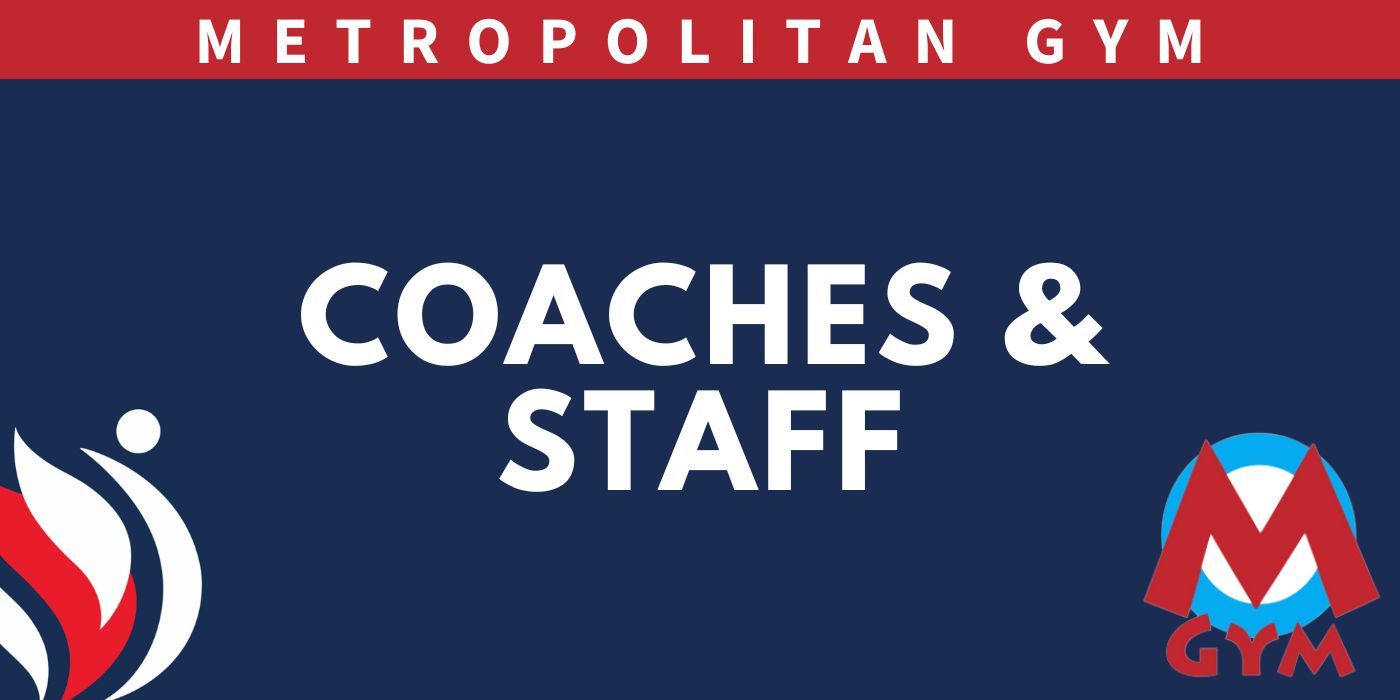 Metropolitan Gymnastics has a strong and supportive international coaching staff – Russian, Chinese, American – that balances technique with artistry, individual with team success, professionalism with a family feel, and hard work with fun.  We blend our varied expertise as former gymnasts, professional coaches, and certified judges to create a powerful competitive team program with and provide leadership for our recreational programs. 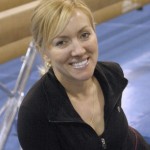 Coach Yulia is a co-owner of the gym as well as the Women’s Team head coach.  She grew up in the Soviet Union and started gymnastics at age 5.  Coming from an artistic family, she trained at the school of Olympic Reserves in Scherbinka, just outside Moscow. She learned here both as a student, and later as a coach.   Yulia was on the USSR National Power Tumbling team and was Pan-European champion twice in a row. She continued her life in sport by taking a Sports Medicine degree at Moscow State University. She has over 30 years of coaching experience in gymnastics acrobatics, and dance. Over the years she has developed many State and Regional and Western National Champions. She is also ranked as a national USA choreographer. When she is not hosting local, state, and regional meets, she has an active acting career as a member of the Screen Actors Guild.  You can also find her cheering on her daughter as an outstanding competitive ballroom dancer. 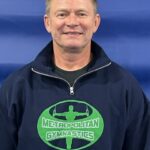 Coach Guennadi is a co-owner of Metropolitan Gymnastics and is the Optional Girls Uneven Bars and Vault coach.  Guennadi graduated from the Belorussian State Institute of Physical Culture in 1984. He has coached National Russian Team Members, Poland’s Girls National Team, and took his team from Colorado to the National Elite Competition in 1996.  When not climbing exceptionally high ladders to add neon lights to the American flag that light up at march-in of meets, Guennadi can be found in the amazing bar training area he designed and adds to on a regular basis. 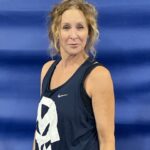 Cathy was inducted into the Washington State Gymnastics Hall of Fame in 2014.  She has been coaching level 2 through Elite gymnastics in the Northwest for over 30 years and has coached 6 gymnasts to the National Training Team. She started gymnastics at the age of 15 at which time her coach immediately started her coaching the younger team members. 3 years later she received a full gymnastics scholarship to the University of Washington.  Cathy Coached Newport high school to two state championships before joining Metropolitan gymnastics.  Coach Cathy’s specialty at the optional level is the balance beam. “I love the coach/athlete relationships that are developed over years and watching girls progress.  In addition to learning to be competitive gymnasts, I want them to learn that the benefits of gymnastics are so extraordinary.  With their gymnastics career behind them, their discipline and work ethic instills confidence (especially for young women) that they can go and do anything.  This is something important to treasure.”  Cathy is an award-winning aerialist, has a daughter who is a singer and her family has created a festival in which they perform together nationally and internationally. 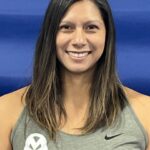 Vanessa came to Metropolitan from Northern California.  She is the compulsory girls Director and coaches Levels 2-7.  Vanessa has been coaching for over 15 years and judging for over 5.  She has served as a clinician at Region 1 camps.  In addition, Vanessa’s background in ballet is an important asset for our developing gymnasts.  She firmly believes that gymnastics teaches transferable life skills including honesty, hard work, accountability, and integrity.  These skills are as important, if not more important than the technical skills in the sport. 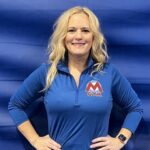 Aimee is an integral part of our compulsory coaching staff.  She coaches Levels 2-4 and works with our Pre-TOPS athletes.  Her enthusiasm and energy are contagious.  Her primary focus is on Beam. 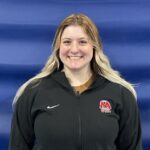 Alyssa started gymnastics at the age of three. Gymnastics has been a foundational aspect of her life and she believes it has made her the person she is today. Her love for all aspects of the sport led her to coaching. She came to Metropolitan from Oregon where she coached previously for several years. Her favorite part of coaching is being able to help each athlete get something meaningful from gymnastics that they can use outside of the gym. She is passionate about working with kids and making sure that they understand what they are doing to ensure that they have a safe AND successful gymnastics career. 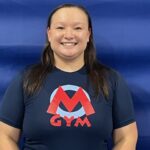 Maryanna started gymnastics at the age of 3 as a Metropolitan gymnast. She competed for us for 13 years before competing at Seattle Pacific University.  In addition to coordinating and coaching our Level 1 girls, Maryanna coaches all levels of the Boys’ Club Team and continues to rock out in our recreational program as well.

Coach Yury came to Metropolitan in the early summer of 2022 and brings with him over  25 years of coaching experience that spans compulsory, optional, National Team, and US  Olympic athletes.  His expertise strengthens our Optional program where he focuses primarily on Levels 9 and 10 and our Junior National Team athletes. 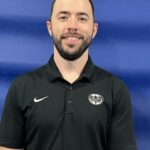 Eli came to Metropolitan Gymnastics from Houston, TX, and adds an enthusiastic and motivating presence to the gym. As a competitive gymnast, he had a career spanning almost 20 years. At Texas A&M University, he was men’s team captain and club president and led the completely student-organized A&M Men’s Gymnastics club to 3 collegiate club national titles, 4 individual all-around national titles, and 13 event titles from 2008-2013. Throughout his career, he was able to coach and volunteer at local high schools and club programs in the Texas gymnastics community. After 4 years of corporate life as a successful Industrial Engineer in Texas, he returns to his roots for a career as a boys team coach here at Metropolitan. 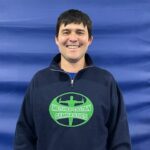 Coach Timur hails originally from Kazakstan where he served as a National team coach and earned his FIG Breve judging credentials.  His most recent international judging assignment was at the Olympic games in Tokyo, Japan.  Coach Timur works with our optional team members, particularly levels 6-8, and also works with our Future Stars athletes. 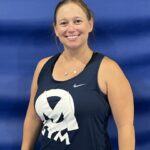 Coach Jocelyn is a former collegiate gymnast (University of Pennsylvania) and brings her gymnastics knowledge and experience to her role as assistant Level 4 Coach.  Coach Jocelyn is the parent of two gymnasts and provides a bridge for parents and athletes entering the competitive arena. 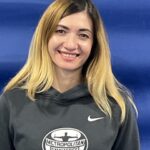 Coach Natalie joined Metropolitan Gymnastics from Ukraine where she served as a National Reserve Coach in Kharkiv.  As a Master of Sport she brings her technical expertise to our compulsory program.  Currently she coaches Levels 3 and 4. 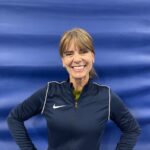 Shirlene is a former High School gymnast and a graduate of the University of Washington. After graduation, she taught High School business classes and was also a dance instructor at a dance studio. Shirlene started coaching at Metropolitan Gymnastics in 2000 as a coach and then director of the compulsory team. She is now the director and head coach of Metropolitan’s highly successful Xcel team. Her goal for the program is to keep growing, improving, and having fun.  Not only are her athletes “having fun” they regularly qualify and medal at State, Regionals, and Nationals. 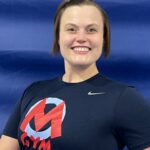 Coach Emily works with all levels of Xcel in some capacity.  She is the head coach for Bronze team, coaches for Silver and Gold, and assists as needed with Platinum and Diamond.  Her enthusiasm and attention to detail make her an invaluable asset to our program. 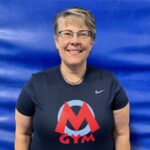 Coach Karen primarily coaches the Gold and Silver Levels of the Club team. She brings with her 20+ years of experience as a men’s coach and judge combined with her 30+ year career as a professor of Communication and educational consultant.  Karen continues to serve the men’s gymnastics community through the Iron Cross Foundation and as a member of the WGJA board.

Maryanna coaches the Bronze and Silver Levels of the Boys’ Club Team.  She started gymnastics at the age of 3 as a Metropolitan gymnast, competing as a JO gymnast for 13 years before competing at Seattle Pacific University.  In addition to coordinating and coaching our Level 1 girls, Maryanna continues to rock out in our recreational program as well. 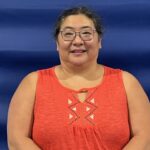 Kyoko is the heart of the front office and manager extraordinaire.   She has been with Metropolitan since her daughters MaryAnna and Kristina started with the gym over 15 years ago.  In addition to serving as our office manager, she also organizes and runs awards, coordinates volunteers, and manages other responsibilities for both girls’ and boys’ meets. 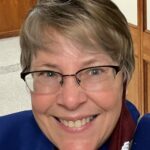 Karen has returned to Metropolitan as the administrator for the Teams programs and serves as the USAG Safety Champion.  She brings with her 20+ years of experience as a men’s coach and judge combined with her 30+ years career as a professor of Communication and educational consultant.  Karen continues to serve the men’s gymnastics community through the Iron Cross Foundation and as a member of the WGJA board.